The town of Vila Pouca de Aguiar (Portugal), represented by Catarina Chaves, took part in the Assembly acting as executive secretary for the European Federation, highlighting the important work of the body and the great potential of the region in relation to the various Ways of St James.

As well as the Assembly, the Federation took part in the wide-ranging programme of cultural and religious tourism organised by the hosts, including the official opening of the exhibition on the last shepherds of the Picos de Europa and a lecture by the priest and photographer Ernesto Bugio, “Life, a pilgrimage”; a performance by the Coro Santa María de Cueto choir and the group of rebec players “L’Asomá” from the Conservatory of Cabezón de la Sal; a cultural tour of the church of Santa María de Lebeña and the Torre del Infantado with the exhibition on Los Beatos; and especially, the pilgrimage to Santo Toribio and the Pilgrims’ Mass in the monastery, accompanied by the Coral de Camaleño choir. 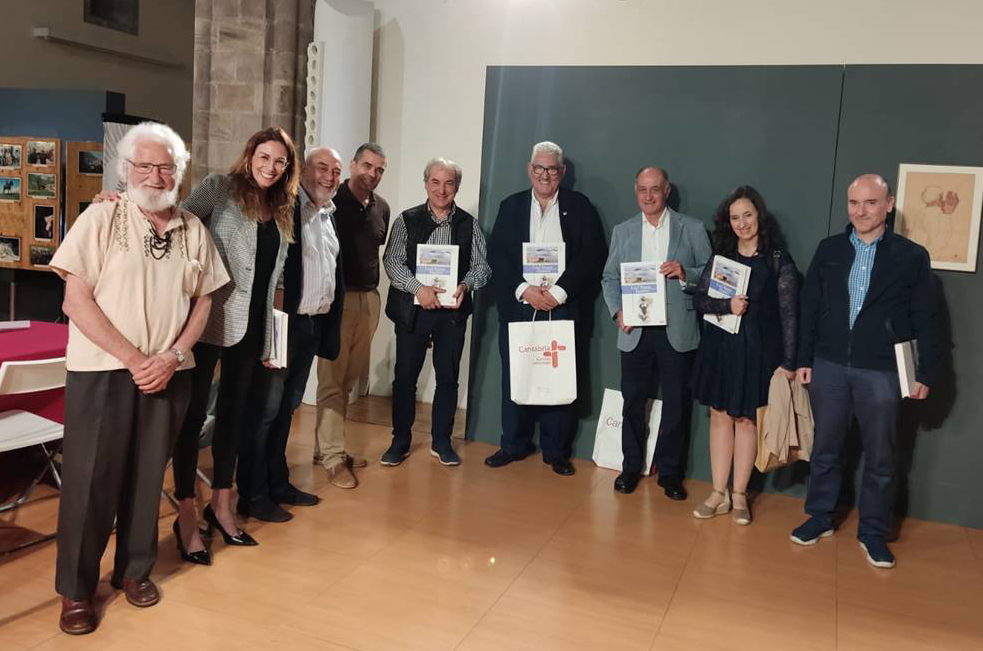 In the picture, from left to right:

Ernesto Bugio, priest and photographer; Marta Barca Pérez, Director General of Tourism for Cantabria; Valeriano Teja, coordinator of the Pilgrims’ Associations of Cantabria (the host of this event); Manuel Bahillo, director of the Camino Lebaniego; the Mayor of Potes; representatives of the Association of Friends of the Camino del Norte and the Spanish Federation of Pilgrims’ Associations; Catarina Chaves, Secretary of the European Federation of St James’ Way; and Pablo León, Director General for Culture in the Principality of Asturias.