On 3rd December, the European Federation of St James’ Way participated in the workshop aimed at raising awareness among Middle Eastern leaders regarding the revival of the old pilgrimage route between Baghdad and Mecca: “Darb Zubaydah”.

Catarina Chaves, executive secretary of the federation, participated in the event and, as an inspiring example, used St James’ Way and the work undertaken by the European Federation to promote this European Cultural Route, the first recognised as such by the Council of Europe in 1987. 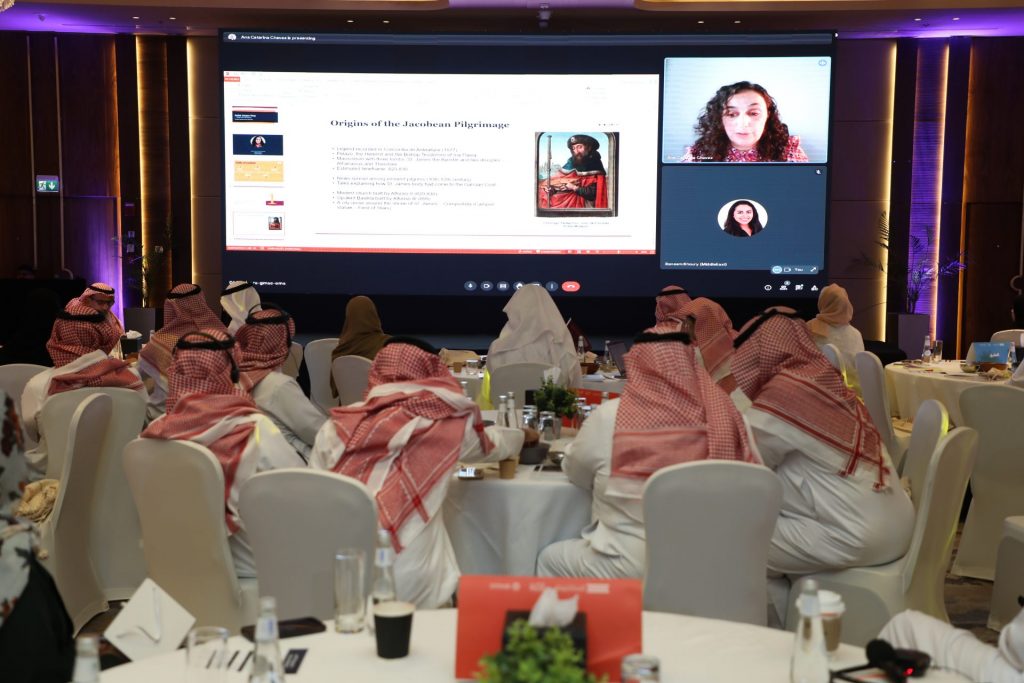 In her presentation, Catarina Chaves presented the origins of the Jacobean route and the symbols and values that inspire it. In addition, she highlighted the work of the federation in promoting the routes that pass through each member territory, plus the reality and evolution of the Jacobean phenomenon today.

The workshop also presented examples of good practice in other pilgrimage routes such as the Kumano Kodo in Japan.

Internationally, the old pilgrimage route between Baghdad and Mecca was an important religious, cultural and commercial hub that enjoyed its golden age during the eighth and ninth centuries. Important structures such as palaces, bridges or water wells were erected along its route, on a paved, marked layout to facilitate the passage of pilgrims.

The route is already included on the UNESCO World Heritage Tentative List, and new routes are expected to be added in the coming years.